Asymmetrical War: Rise of the Dark King – Your Exciting Entry into a Future World 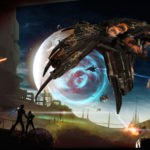 The VR (Virtual Reality) business is quite new and there is a pretty limited amount of good content available in the form of games and videos. A very few studios are working for developing content for VR because of the infancy of the VR business and very restricted market. One of these studios is Bailer Studios which is working on an enthralling title for the HTC Vive VR. It’s the Asymmetrical War: Rise of the Dark King which is an imminent multiplayer action game for the HTC Vive that will ported also to the PC, Linux and Mac platforms.

Asymmetrical War: Rise of the Dark King has a story happening in the year 2129 on an imaginary moon named Titan II. As per the developer, there will be fantastic visuals and tank battles in the game. But the enemy tanks won’t be the only topic of concern for you in the game. There will also be extreme horrors of nature from which you will have to save yourself. One such scene has been explained by the developer on their website.

Imagine you have been caught in a tank battle on Titan II, the broken moon. Enemy tanks are racing over a live volcano, emitting melting hot lava, while being engaged in the battle. To add to the perils, an F5 Tornado starts to generate over the volcano giving rise to a fire breathing lava tornado fast arriving towards you.

Still more horrible thing happens! An earthquake starts, causing an avalanche, fast approaching towards your position. The environment is energetic full of ruthless non-stop action, a dark storyline with courageous decisions to take and exciting worlds like no other.

Imagine viewing such a scene on a virtual reality gadget as awesome as the HTC Vive, although not much has been apparent of what’s actually in the game since the game is in its early production stage. All you can get is a very early gameplay video and static artwork. And if the game is going to be as fabulous as the artwork is pointing towards, gamers are going to get just a stunning VR experience. 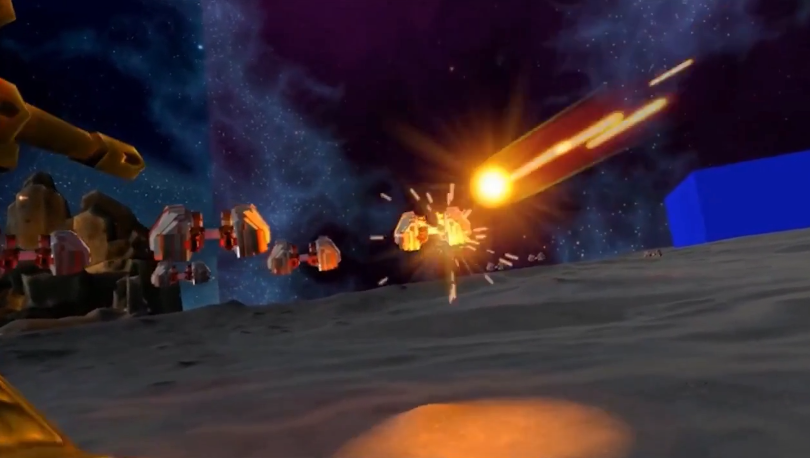 The storyline of Asymmetrical War: Rise of the Dark King is definitely unique. It tells you about a future world where the humans and the machines are busy in a combat with each other on an unreal moon known as Titan II. Your role will be of General Christophe Bettencourt, a retired three star General. The Solar Federation of Planets has called you back to the army to lead the battle against the machines.

The leader of the machines is an artificially intelligent powerful machine known as “Anti”. This Anti was created by humans to protect the Earth from an alien attack and Anti did his job successfully. He wiped out all the alien armies single-handedly. But over the years, the artificial intelligence of Anti became so smart that he developed ego, consciousness and ambition to get power. In due course, he became the enemy of his creators, the humans, killing them and beating them everywhere taking the help of other machines.

The entire story of the game Asymmetrical War: Rise of the Dark King is choice driven. Each choice you make influences the story. Sometimes you will encounter with choices based on morality, whether to select Light or Darkness. What will you select – the light and a hard path or a dark path which is an easy one? The game may end in several results depending on the choices you make. While the general concept of the game seems overwhelming, several aspects of the game suggest that this could be a fantastic game for the VR when the final version will be out.

As the two sides of the war have a military power that differs tremendously, and also their tactics or strategy, this is an asymmetrical war.

What is Virtual Reality?

VR or Virtual Reality is creating a simulated environment by using computer technology. Unlike the traditional user interfaces, in which you as a player are out of the game environment, VR takes you actually inside the game’s story and environment. Rather than watching a screen before you, you are immersed in the game and can even interact with the 3D worlds. By simulating as many senses of yours including vision, touch, hearing and even smell, the computer acts like a gatekeeper to this simulated world. What limits these almost-real VR experiences is only the availability of content as well as cheap computing power. 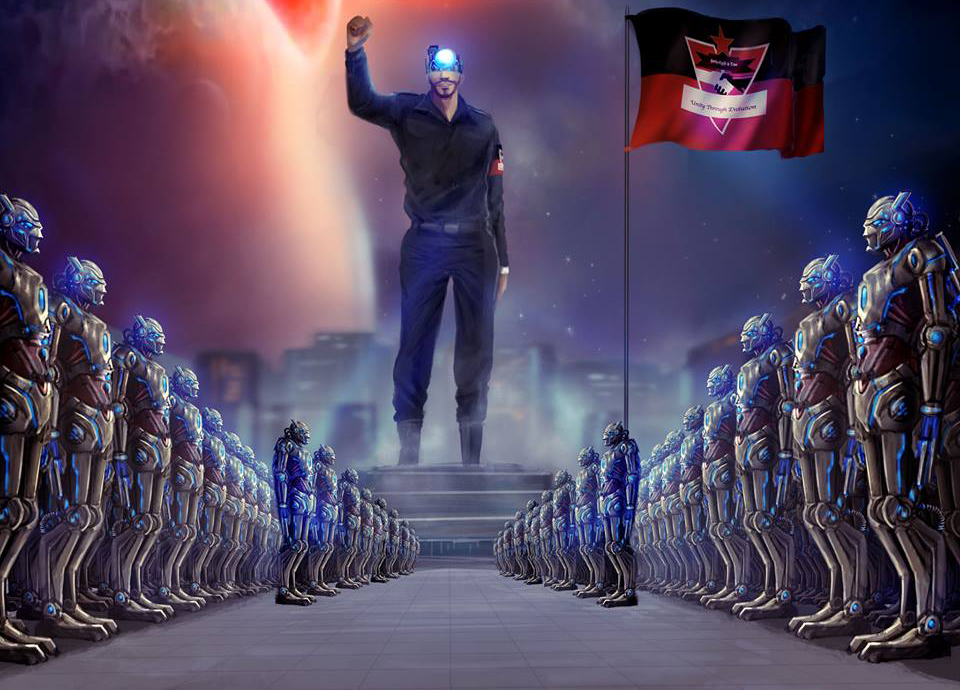 The most prominent component of virtual reality is the head-mounted display (HMD). Humans are visual creatures and the display technology is usually the single largest difference between the immersive Virtual Reality system and the traditional user interfaces. Therefore Asymmetrical War: Rise of the Dark King will be a great game that will take you on a virtual tour of a far-off planet where you will participate actually in a war against machines and experience it all. 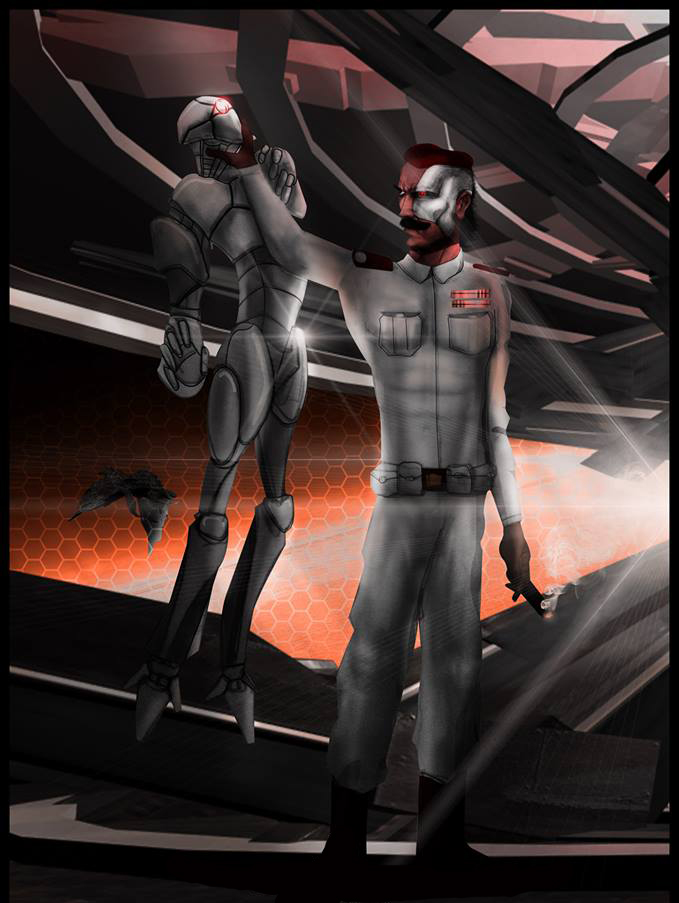 Hearing is perhaps a more powerful sense than the sense of vision as human beings respond more quickly to audio prompts than to visual ones. Accurate environmental sounds and spatial characteristics play an important role in a virtual reality game in order to create a truly immersive experience. Because of these accurate sounds the gamer can feel like being present in the virtual world. Asymmetrical War: Rise of the Dark King audios are fantastic creating the various sounds of war with which you can feel like actually being there and enjoy fighting. 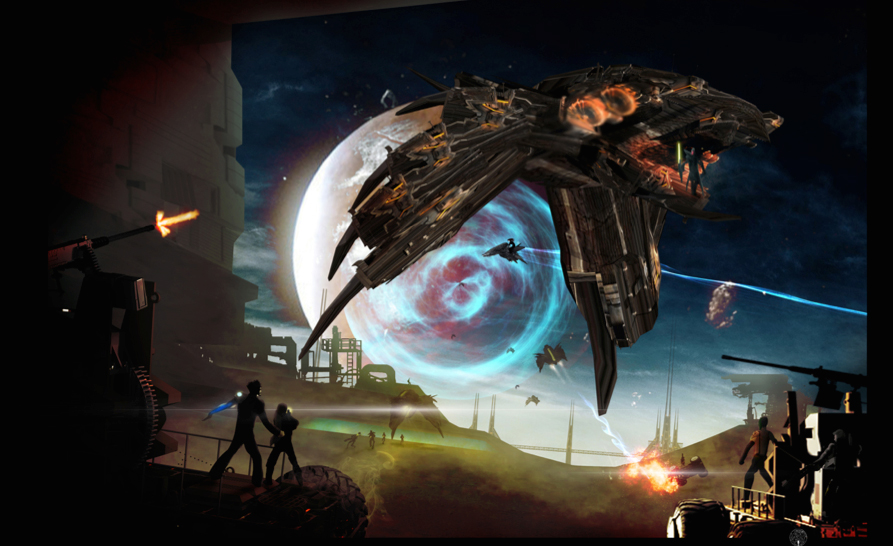 HTC Vive is a virtual reality headset designed by HTC and Valve Corporation and uses “room scale” technology that enables the user to move in 3D space and make use of handheld controllers to communicate with the environment with accuracy. Launched first time in the 2015 Mobile World Congress of HTC, HTC Vive came before consumers in the April of 2016.

All in all, Asymmetrical War: Rise of the Dark King is going to be a great fun while getting immersed in it through the HTC Vive. Don’t miss to get your copy on time! 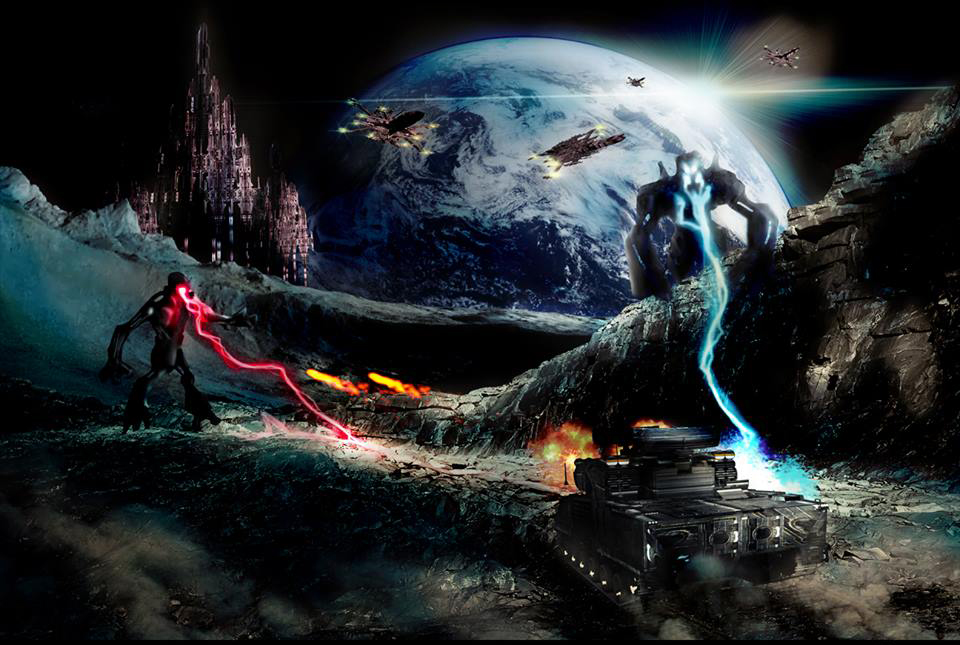